This was a surprise to me – and I thought it was both entertaining and very informational.

Whether you agree with everything that is said is a totally different matter.  I would like to hear more about further revising the health care plan, which according to my favorite HR professional is a big pile of legislative crap that the business world doesn’t even know how to tackle.  Maybe social security was met with the same revulsion as well, I can’t imagine that any employer enjoyed having to take over managing contributions to a government program.  Frankly, there is one thing I’d like to hear about cap & trade on carbon – that it is going away.  It sounds like a seriously complex solution to a very small subset of the problem.

It was nice to see the President articulate and nimble without a teleprompter, however.  I’d always kind of wondered about that.  It also served as a reminder how he had the charisma to get elected.

Finally, I thought the President very eloquently covered the topic of how people are going to be angry with the current situation in a America and how they will vent that through another change up, much like two years ago.  It has been my position that during good economic times we tend to think our government is doing great – probably because they have their budgeted income or surplus to look good.  During downturns, the guys in office are going to look horrible, running huge deficits or cutting into programs that are politically expensive.

Let’s all hope he’s right in stating that the elected representation, himself included, is willing to make the “right” decisions versus the ones that are popular.  The sad truth of the matter is that their job depends on making the popular ones and like the vast majority of working America keeping their job is of top priority for a variety of very common human factors.

Two years ago I am sure that many Republicans were voted out of office simply because of their party affiliation rather than their past performance.  I have little doubt we’ll see a few Democrats bounced out this year for the same reason.  Given a rational debate, I believe that most would agree that we should, instead, focus on keeping the intelligent and level headed representatives in office.  What is very unclear is how we get from where we are to there.

There are interesting enough things to post to the blog – but I am running dry on something… I can’t say its motivation or ambition that is in short supply… just some sort of doldrums. What I want to write about just doesn’t seem that interesting to me, its just easier and safer to keep reading content from the internet and defer creating any. Frankly, I am afraid of boring y’all so badly that you won’t come back. What do you mean that you get tired of reading how great I can rush void rays in Star Craft 2? 🙂

I think what tends to be really frustrating is that I feel like there are so many things in life I would like to be spending time on, and here I am grinding out hours of my life behind a desk doing work I am pretty “meh” on. Thankfully, my masters program includes a portion that helps throughout the course of the program to give direction on this matter. What is clear is that it takes some fumbling around to hit your stride and even then that is likely to be a temporary fix. Every astronaut gets grounded and all that jazz.

Perhaps being a professional blogger is not my calling either, but I do enjoy writing and I really appreciate everyone that takes the time to read these words. Don’t worry, I track you through Google Analytics (by geographic region, not by name or anything…)

That said, look at some of the quality spam a blog collects:

Comment:
“Hello there, This kind of web web-site is genuinely exciting and satisfaction to examine. I’m a huge admirer from the topics mentioned. I also benefit from studying the reviews, but learn that alot of people ought to stay on composition to try and add worth in direction of the original blog distribute. I would also motivate every single human being to save this page for any favorite support to help allocated the expression.”

What does that even mean?  Allocated the expression, that’s just classy.

Despite my earlier whining about being in the Bronze League of the StarCraft 2 (SC2) ladder, it really does mean that you mostly play other bronze leaguers and recently this has meant that I have been winning.  Fortunately I played my qualification rounds pre-LAN party and I sucked it up.  During the LAN my play improved quite a bit and since the LAN party I am pretty sure that I have lost one 1v1 game while improving my record to 13-8.  That only loss was against a zerg player who took advantage of my building mis-placement to run about twelve zerglings in and ruin my economy right away – oops.

Yesterday was a big day in that  it was the first time since qualifying I played someone from the Silver League, one step up.  The guy was ranked 11th in his league ladder after we played, I don’t know if he was ranked higher previous to that.  Anyway, the game took about ten minutes longer (twice as long!) than a bronze league one, but I still won in the end.  Yay me – I guess.  I am afraid that if I win a few more, it might bump me up a league and I’ll be fighting better players all the time.  Not only is this more time consuming but I am at peace with the fact that I like winning more than I like being super challenged.  I’d rather be 10-1 with the flexibility to make mistakes and not always be on my A-game vs 5-6 and being “challenged.”

Yesterday was a big day for the Juchems Blaine household.  Not one but two new pieces of exercise equipment made their way in as Kristin and I vow to take care of our health through the coming sedentary winter.  We (I) wore out our $500 Sears Pro-Form elliptical (see it soon on CL!) over about two years of pretty regular use.  It seemed like we got our investment out, as the purpose of the thing was to make a somewhat minimal investment and see if it got used.  It also had a 225 lb weight limit that I was sorta, kinda, on most days under so its destruction was something that was taken for granted.

Anyway, more expensive fitness gear also tends to be heavier.  The elliptical we bought from Smooth Fitness was their new space saver model which is 150 lbs and 5 feet long vs the one I really wanted but couldn’t justify that weighed in at 300lbs and eight feet long.  After the freight guys nicely put it in the garage, I managed to get it heaved up into the house and then down the stairs into the basement without drama, all by myself.

Kristin and I went out last night to Wal-Mart to pick out/up a treadmill.  For entry level stuff, Wal-Mart has great deals and a cheap warranty plan along with some actual variety to pick from.  We ended up with the entry level Gold’s Gym model and the $35 2-year all encompassing, in home warranty.  If we use that, I will be sure to let you know how that works out.  Anyway, this was about 160lbs and about a foot longer than the elliptical.  It barely fit into the CR-V but all was well until I tried to take it down the stairs.  Kristin wisely remained far away at the bottom, making sure the door stayed open and no cats made a break for it.  After getting the box down on its side, I was working at the top of the stairs, concerned that sliding it over the wood floors and the top wood lip might result in deep scratches.  This allowed the nose of the box to get well out of my reach and when it started sliding due to gravity and such I made the decision to slow it down as much as possible – I think I knew I couldn’t stop it.    I looked up at Kristin long enough to see the “0h-****” face and then I went head over heels down the last few stairs, landing with a smack on top of the treadmill coffin box.

Besides a couple of nicely rug-burned forearms (how did that happen?) and some odd sore places today I am not too much worse for wear.  Tonight will be the bigger test as the equipment gets un-boxed and we get to see if everything still works.

Moral of the story?  Don’t let your wife distract you when moving boxes that are roughly your size and 2/3rds of your weight.  Clearly this should be done when you are home alone and without your cell phone anywhere near.  That’s a recipe for success.

Kristin and I took our annual fall colors appreciation trip this weekend.  Instead of heading north, we went south east, driving down through Wisconsin to come back into Minnesotta at Red Wing and proceeded down to Lake City, MN which overlooks the massive (27mi*up to 3mi*) Lake Pepin that is formed by a naturual damming of the Mississippi.  I took about 90 or so pictures hiking throught the Lake City City (ha!) Park and the nearby Frontenac State Park.  Good news is that the weather was beautiful and our new little grill works great. 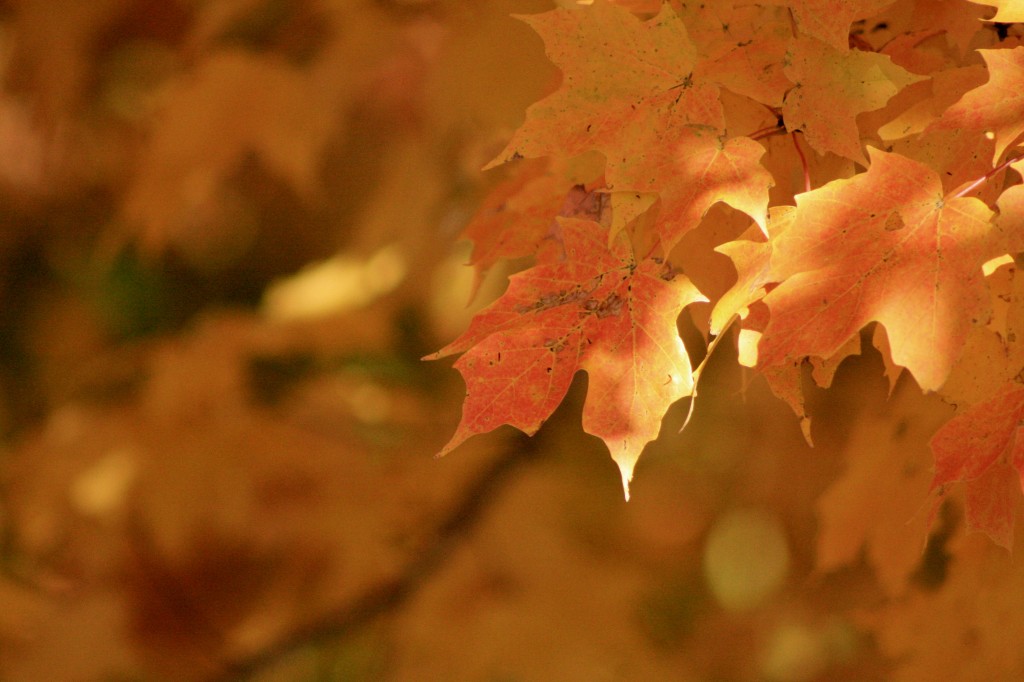 Tweaked for brightness and contrast, makes a good wallpaper.

Enjoy Fall, it always goes by too fast.