I heading to bed last night when I noticed that I had not shut the screen sliding door on the entrance to our deck (sorry Kristin) and so many bugs had been drawn to the light.  Here my new work PC background: 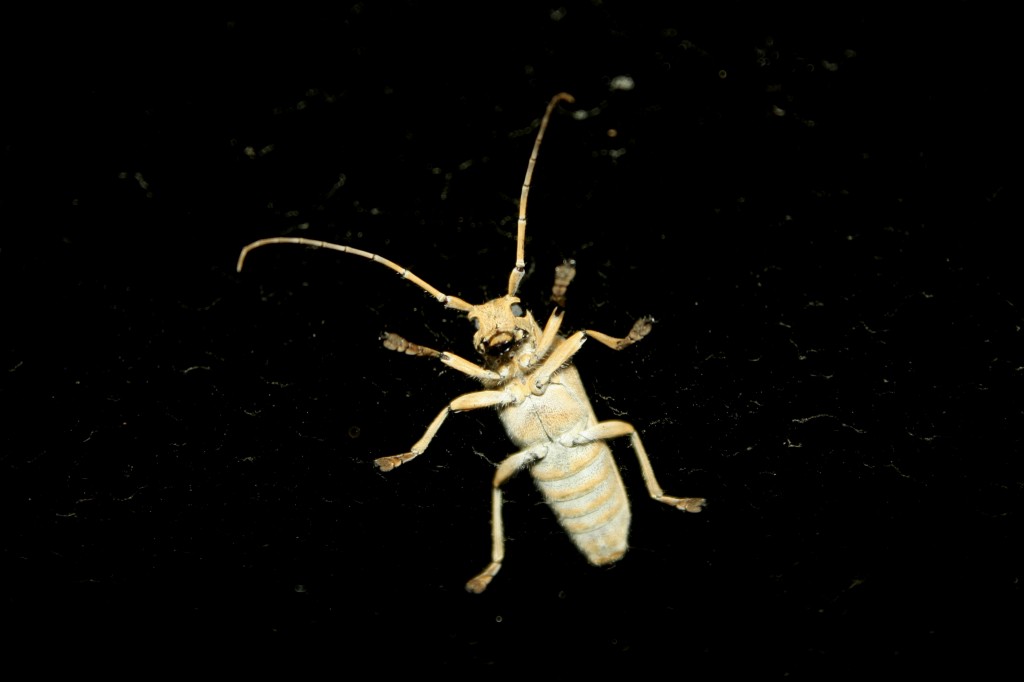 It is pretty cool how they can just stick to glass like that… I also liked how the top and bottom of the image was slightly blurred, bringing focus to this guys “face.”

Everyone once in a while I am surprised by a TV show. I just started watching Castle and hey, wouldn’t you know it is pretty fun? I am hoping that in Season 2 (just clearing Season 1 now) that they encourage some cases that are a little bit more overarching, solving one crime per episode is safe but I think they have the material to reach further.

In that aspect it reminds me of Fringe – a show that started (and sometimes reverts to) a creature feature (one mysterious issue resolved per show) and now is telling an epic story line. Perhaps a crime show can’t quite pull that off… but I think they can do more. I guess I have couple of seasons to watch and find out!

Oh yeah, and it is nice to see that Nathan Fallion can actually be a multi-season show. Just sayin’.

I was over at ArsTechnica this morning for my daily dose of Information Age news (holy crap VMware, that’s a crazy licensing change!) and I saw that the opposition to the Lighting Effeciency Act (or whatever the attempt by the Federal House was making to repeal a law from a few years ago that mandated that light bulbs all get 30% more efficient) had failed.  This made me happy as it provides for a way for our nation to become more energy efficient in a way that everyone can participate in.

What surprised me (why?  I don’t know…) was the opposition to the original bill.  The Federal Government has no business regulating light bulbs, they say.  On MPR on the drive home Tuesday I heard a clip of Rush Limbaugh on his radio show saying that legislating away choice on light bulbs is un-American.   Hmm.

Well, I consider myself a good libertarian, and I thought that this was an interesting quote in response to claim that “the government has no business legislating what kind of light bulbs I can buy”:

“I am in many senses a libertarian but I am sick and tired of this argument, it does not hold water because what I consume in terms of energy can have a negative effect on other persons without their consent, I should therefore as a good libertarian actively try to minimize my impact on other persons lives as much as I can, because if I do not at least try, then I am morally corrupt, reprehensible person that does not live as I learn.”

Wow, so I can get behind that statement.

Argument #2 for me of why this is necessary:

Too man y people can’t (or won’t)do the math for themselves.  A good CFL or LED bulb will easily pay for itself and energy won’t be getting cheaper any time soon.   Just because an incandescent is cheap upfront does not make it the best deal and some people can’t get past this.

This isn’t to say I don’t have incandescent bulbs in the Juchems household.  We have been replacing them as they die – using them anywhere (outside, where in the Winter they take a minute or so warm up), in our kitchen, etc. but not in the theater room because they don’t dim nicely.  I am truly hoping we can ride our current CFL and incandescent inventory until LEDs become more cost effective.

Finally, the government does subsidize the crap our of our energy grid, so if they identify a way to get a better return on their (our) investment, by all means, that sounds pretty pro-American to me.

With this out of the way, maybe they could talk about the debt ceiling or something that actually pertains to the long term health of our nation in a very critical way.